This exhibition brings together a group of six artists who work with paper in traditional and non traditional ways. In each work is a gesture of immediacy that finds kinship in paper as both substrate and inspiration. Paper is unbothered medium and allows for an endlessness that others can't contain.

𝓪𝓻𝓽𝓲𝓼𝓽𝓼 𝓲𝓷𝓬𝓵𝓾𝓭𝓮𝓭 𝓲𝓷 𝓽𝓱𝓮 𝓮𝔁𝓱𝓲𝓫𝓲𝓽𝓲𝓸𝓷​
​
Troy Dugas
Dugas works with motifs and images from ancient textiles and indigenous folk art reimagined through these drawings that connect directly to his sources of inspiration. His practice consists of drawing, painting, and large scale works in paper and textiles. Dugas' research into these historical lexicons of aesthetic objects becomes an archaeological and devotional practice:
"My intention is one of innocence, adoration, and connection yet I often find darkness and pathos lying beneath the naivety and beauty."


Brandon Tho Harris
Harris is an interdisciplinary artist and arts professional based in Houston, Texas. His creative practice explores his identity as a child of war refugees. Through intensive research on the Vietnamese diaspora in relation to his family history, he examines notions of intergenerational trauma, displacement, and the land as a living archive. Found in his work are often self-portraiture, his family archives, found objects, raw materials, and historical images portraying the Vietnam war. By the use of photography, video, performance, and installation, he provides viewers with a deeper understanding of the complexities surrounding migration.

Harris’ (Houston, Texas) work has been featured in exhibitions and projects at Asia Society Texas (2021), Houston Center for Photography (2020), and the Blaffer Art Museum (2019). His projects have been funded through grants from The Idea Fund and Houston Art Alliance. He has participated in lectures and presentations at Yale University and Rice University, among others. He received his BFA in Photography and Digital Media from the University of Houston and is the Manager of Engagement and Communications at FotoFest.


Guadalupe Hernandez
Hernandez was born in San Miguel de Allende, Mexico but moved to the United States at an early age. Although he grew up in the United States, he maintained a deep connection to his Mexican heritage through familial traditions. His works explore the Mexican diaspora through the lens of people, places, and memories from his childhood in Mexico. Hernandez earned his Bachelor of Fine Art in 2016 and Master of Fine Art in 2021 from Houston Baptist University.

Hernandez (Houston, TX) participated as a Changaritto artist in residence with the Mexic-Arte Museum in Austin, TX which culminated in the acquisition of two works into their permanent collection. He also participated as an Artist on Site with the Asia Society Texas Center, where he explored the tradition of papel picado creating a site-specific installation and True North Sculpture Project in the Houston Heights district of Houston, TX. Hernandez's works have been exhibited at the Alexandria Museum of Art, Alexandria, LA, Beeville Museum of Art, Beeville, TX, and the Houston Holocaust Museum, Houston, TX, among other institutions and galleries nationwide.


Hong Hong
Born in 1989 in Hefei, Anhui, China, Hong Hong earned her BFA from State University of New York at Potsdam (2011) and MFA from University of Georgia (2014). Since 2015, she has travelled to faraway locations across the US to create site-responsive, monumental paperworks. In this nomadic practice, traditional methods of Chinese papermaking coalesces with painting, monastic rituals, and feminist performances. Hong’s research investigates the voyages of bodies, both plant and human, across borders and in time. Recent projects map interstitial relationships between globalization, climate, exile, time-passing, and the Chinese Diaspora through cartographic, symbolic, and material languages.

Hong’s work has been reviewed in Art21, Art New England, Southwest Contemporary, Hand Papermaking, Glasstire, and Two Coats of Paint. She has been a visiting artist at the School of the Art Institute of Chicago, Cornell University, University of Oregon, Wadsworth Atheneum Museum of Art, Scripps College, SUNY Fredonia, Women's Studio Workshop, Wellesley College, and University of Nevada at Las Vegas. Hong currently divides her time between New York and Massachusetts.


Lauren Moya Ford
Lauren Moya Ford (Austin, TX) is an artist and writer who has recently moved back to Texas from Madrid, Spain. She has exhibited and performed her work at The Menil Collection’s Byzantine Chapel, Houston, TX, Oxford University’s Ashmolean Museum, Oxford, England, The University of Texas at Austin's Visual Arts Center, Austin, TX, and at art spaces in Lisbon, Madrid, Montreal, Philadelphia, Porto, and Tokyo. She has completed artist residencies in the United States, Spain, and Portugal. In 2021, she was named a finalist for the Andy Warhol Foundation Arts Writers Grant, and in 2017, she was named a Fulbright Portugal semi finalist for art research in Lisbon. 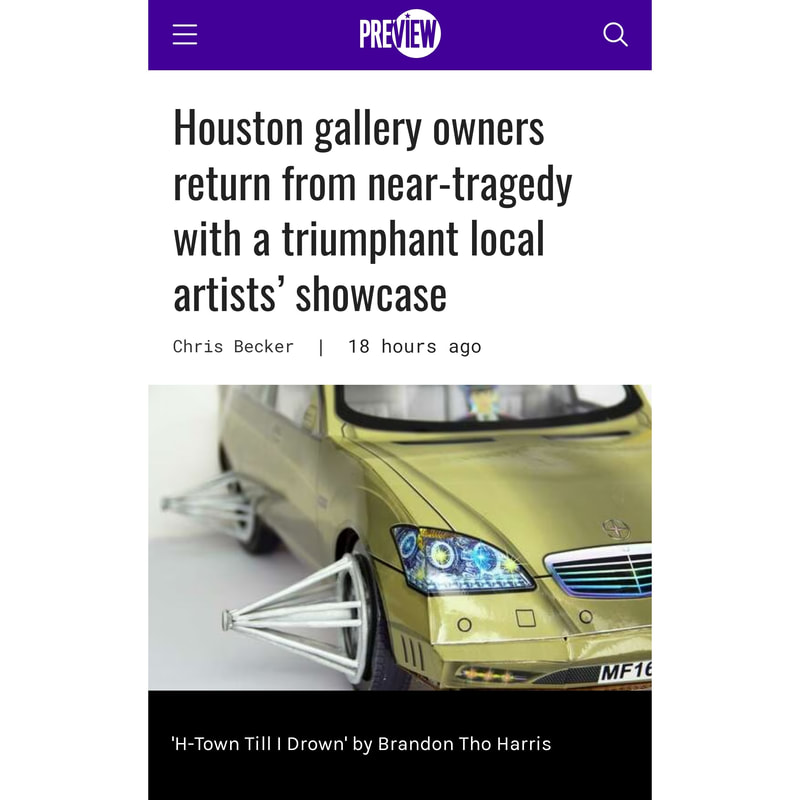