Jonathan Hopson is proud to announce No Turns, a group exhibition celebrating Pride and the rich history of our Montrose neighborhood.
The title references a sign restricting traffic on our street - "No Turns 7PM-6AM". The sign and others like it were originally installed in an effort to curb "cruising" through Montrose, historically known as the center of the gay and lesbian community of Houston.
No Turns celebrates Pride - a festival held annually in Houston since 1979. The festival takes place in June celebrating the lesbian, gay, bisexual, and transgender community and their allies. Pride also commemorates the 1969 police raid of Stonewall Inn in New York's Greenwich Village neighborhood, considered to be the beginning of the gay rights movement.

Artists Bios:
Brittney Anele(b. 1993) lives and works in Houston, Texas. They are a transdisciplinary artist who has shown work at a variety of Texas galleries and special events, including: Jonathan Hopson Gallery, Houston; Andrew Eldin Gallery, NYC; Kaboom Books, Houston; Capitol Street Gallery (fashion show), Houston; Houston Pop­Shop (fashion show), Houston; Unit C, Austin; and Private Eye Gallery, Houston.
Influenced by conceptually based artists like Les Krims, their work is both a direct representation of her personal experience and a window into her otherworldly imagination.

Luis Miguel Bendaña (b. 1988) is a Nicaraguan-American artist based in New York, and is a vegetarian. Recent exhibitions include Lulu, Mexico City; Open Forum, Berlin; What Pipeline, Detroit; Seventeen Gallery, London; Bodega, New York; X Bienal de Nicaragua, Managua; and the Chicago Cultural Center, Chicago. He is a co-director of Queer Thoughts, NY.

Libby Black (b. 1976) lives in Berkeley, California. Her work is based on imagery culled from sources like fashion magazines, snapshots, newspapers, and pop culture websites. She is interested in having the work chart a path through personal history and a broader cultural context to explore themes of impermanence and identity.
She has exhibited nationally, with such shows as “Bay Area Now 4” at Yerba Buena Center for the Arts in 2005; “2004 California Biennial” at the Orange County Museum of Art, Newport Beach; and at numerous galleries in New York, Los Angeles, and San Francisco. Black has been an artist in residence at Headlands Center for the Arts in Sausalito and Montalvo Arts Center in Saratoga. Her work has been reviewed in Artforum, Art in America, ARTnews, Zink magazine, Flash Art, and The New York Times. She received a BFA from Cleveland Institute of Art in 1999 and an MFA at The California College of the Arts in 2001. Libby is an Assistant Professor at San Francisco State University.

Steven Evans (b. 1964) lives and works in Houston, Texas. He has been presenting works using disco song titles, painted or hung directly on the wall, since the late 1980. Evans' work has been shown in New York City, Paris, Berlin, Lisbon, and Basel.
The recent exhibitions Macho Man, Tell It To My Heart: Collected by Julie Ault at Artists Space in New York and LOVE AIDS RIOT SEX I – Art Aids Activism 1987­-1995 at nGbK in Berlin have rediscovered and featured these "disco" artworks.
In The Number One Song In Heaven, his first artist book publication since 1986, Evans presents song titles from his extensive research files, including only number one disco songs from the late 1970s pre-­AIDS era - ­ a time before disco hits were tracked through sales and when the Billboard charts were determined by the response on the dance floor and word­-of­-mouth from the DJs themselves. The result is a collision of music and memory, revealing classic favorites, forgotten moments, and an unexpected
narrative.
Evans is also a curator, writer, and arts administrator. He is currently Executive Director of FotoFest International.

Lovie Olivia(b. 1975) lives and works in Houston, Texas. She is a multidisciplinary visual artist that explores gender, sexuality, race, class and power - that all connect back to her own identity and life experience under the categories of: "Female, Black, Gay, etc."
Olivia has exhibited at the Contemporary Arts Museum Houston, Houston Museum of African American Culture, Station Museum of Conteporary Art, Art League Houston, Project Row Houses, and Lawndale.
​
Robert Raphael (b. 1978) lives and works in Brooklyn, New York. Recent exhibitions include: Depth of Surface, Honey Ramka, NY; When the Conkers Arrive, Norte Maar, NY; Symposium, Bronx Museum of the Arts; Ceramics: A Concept of Function, LMAK Gallery, NY; and Torn and Fired, Outlet, NY. Selected residencies include: Zentrum Für Keramik, Berlin; The Shigaraki Ceramic Sculpture Park, Japan; and the Illinois State University Visiting Artist Program, IL. He has apprenticed at both The Fabric Workshop and Musuem, Philadephia, PA , and The Moravian Pottery and Tileworks, Doylestwon, PA.
This September Robert will be a NEA funded Fellow at Civitella Ranieri in Umbertide, Italy and in spring 2018 will be artist-in-residence at the Houston Center for Contemporary Craft. Robert received his MFA from Cranbrook Academy of Art, and his BFA from Rhode Island School of Design.
​
*Look to this space for updates with TBA events in conjunction with the exhibition.

**For the run of this exhibition, we will again donate 10% of each sale to the Montrose Center - a community center that empowers our community, primarily lesbian, gay, bisexual and transgender individuals and their families, to enjoy healthier and more fulfilling lives. 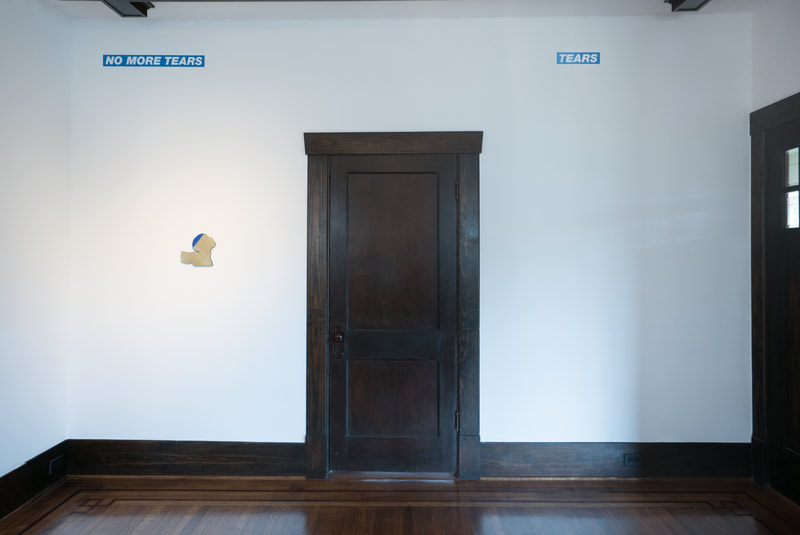 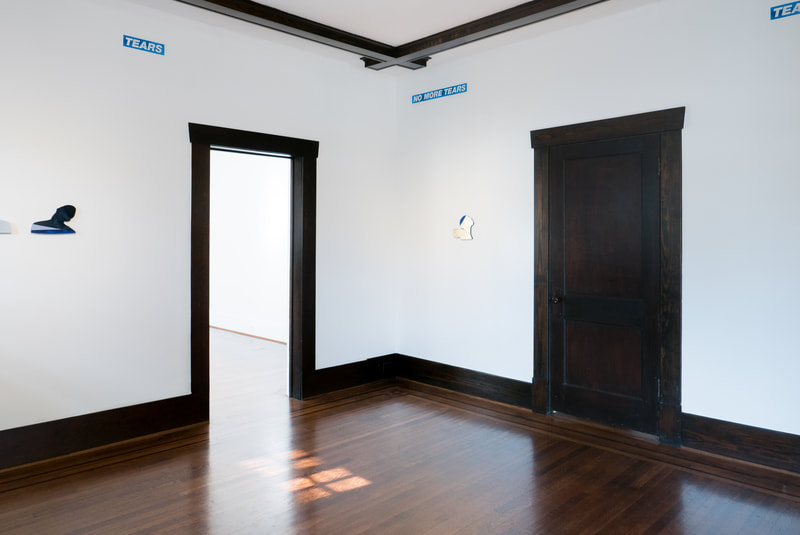 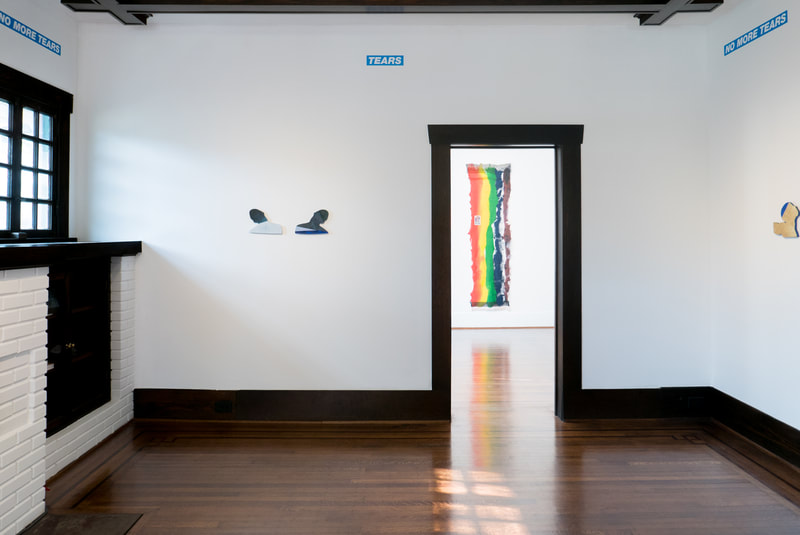 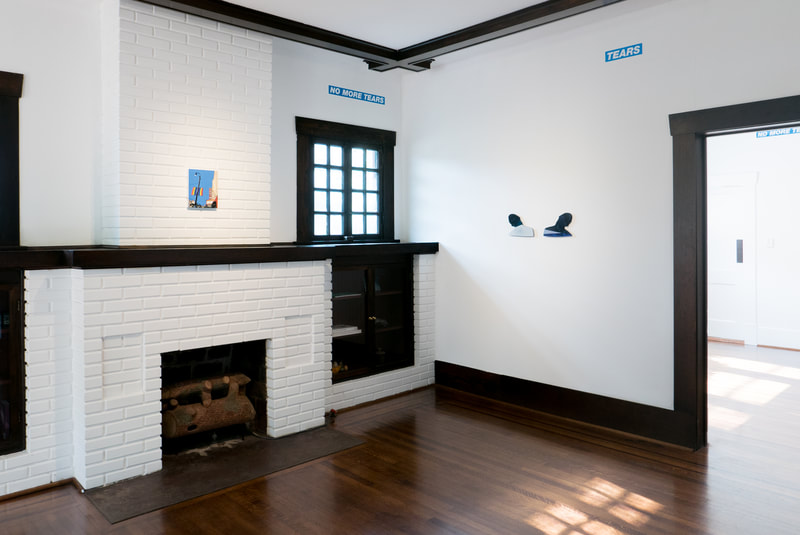 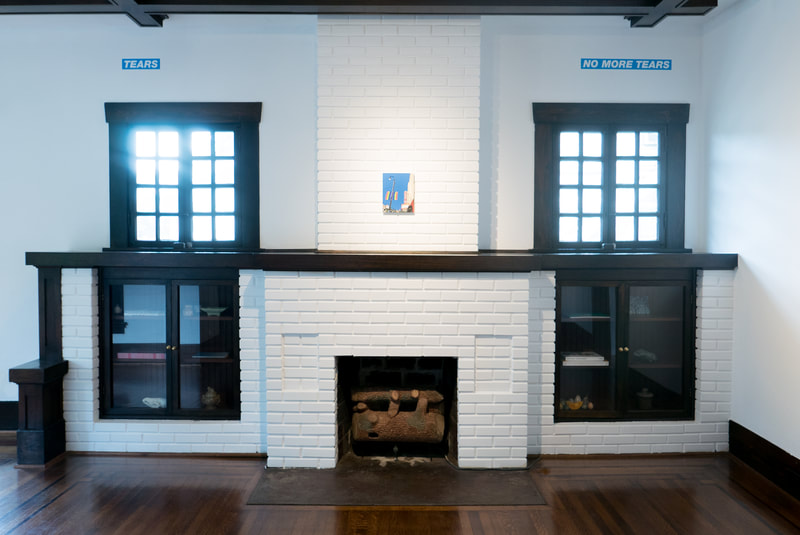 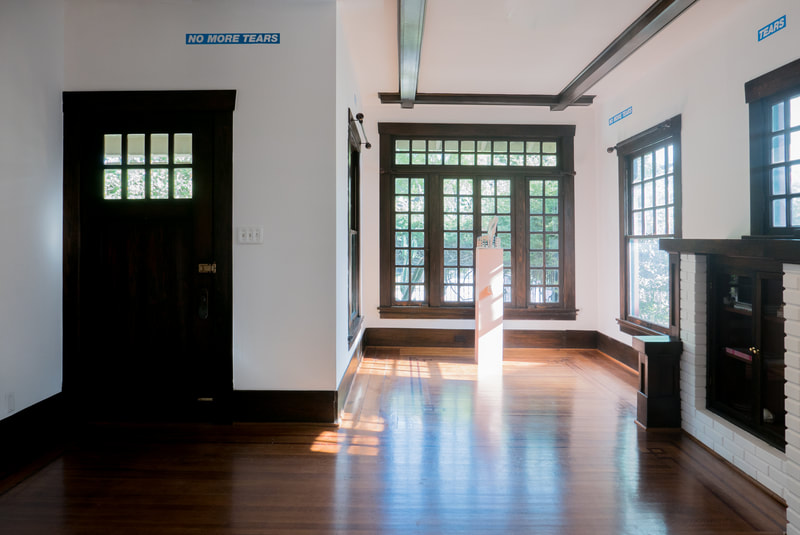 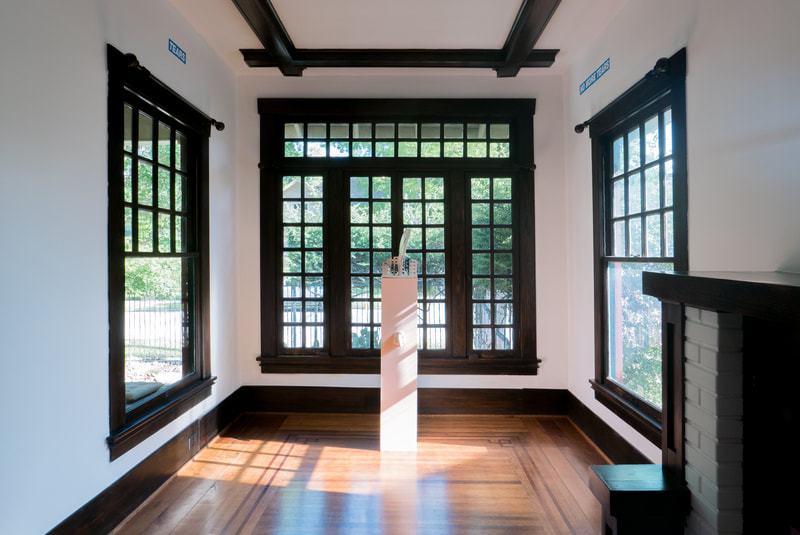 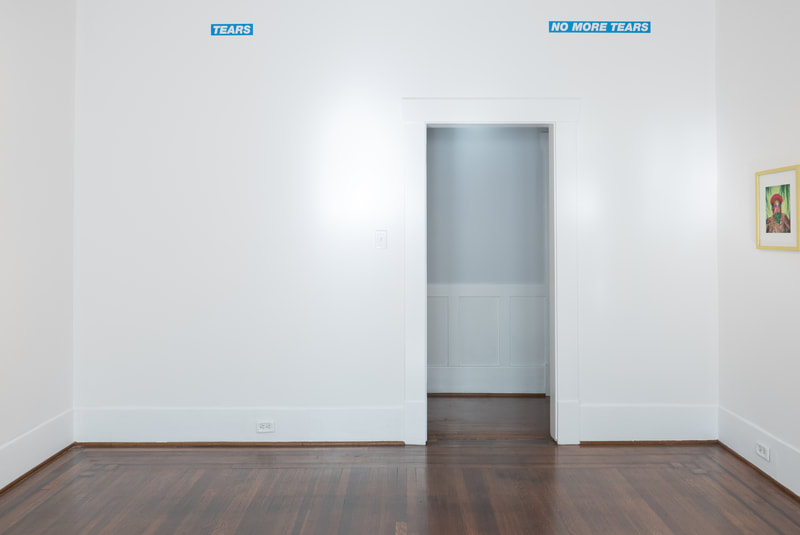 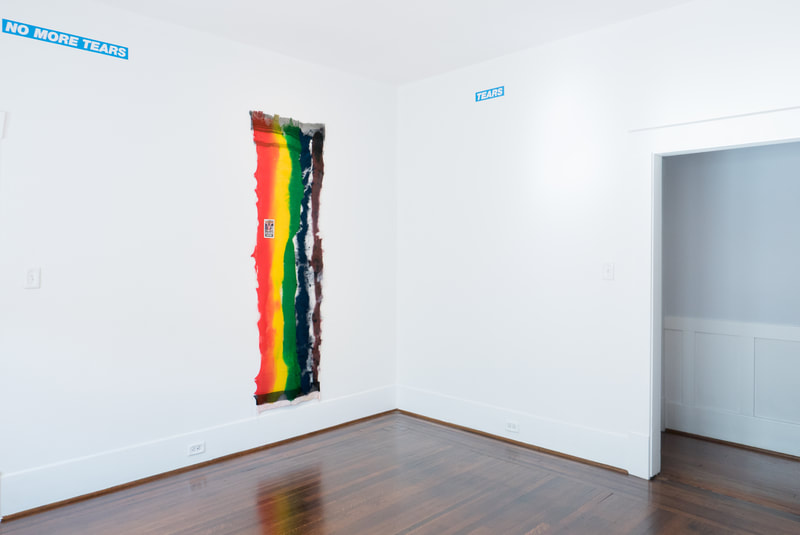 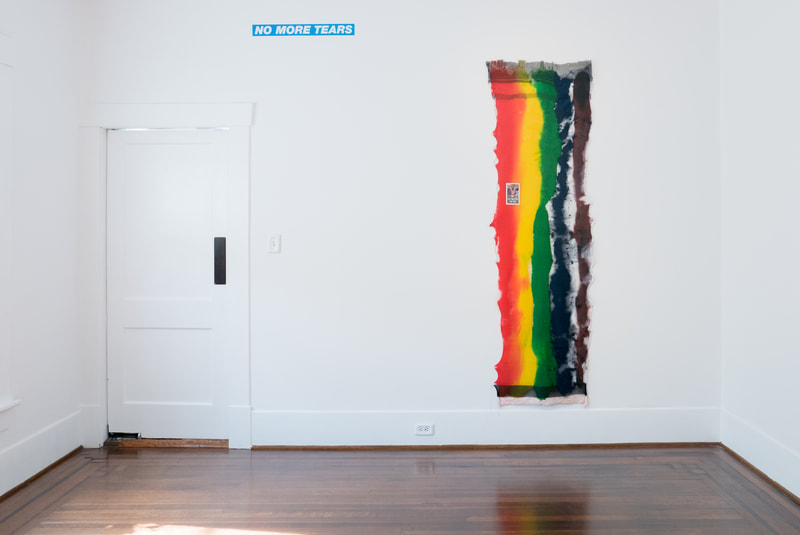 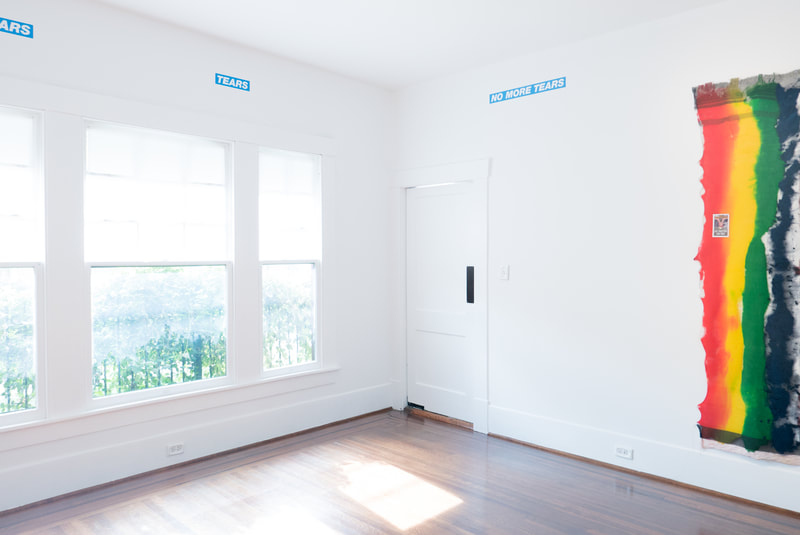 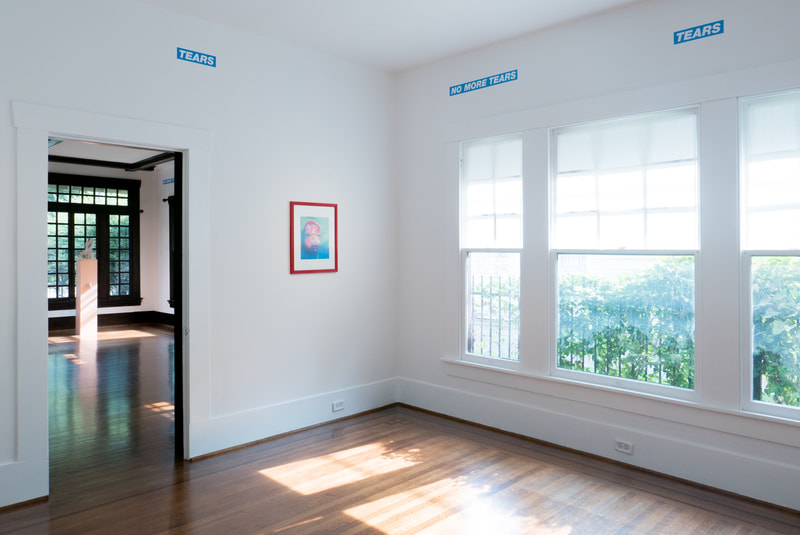 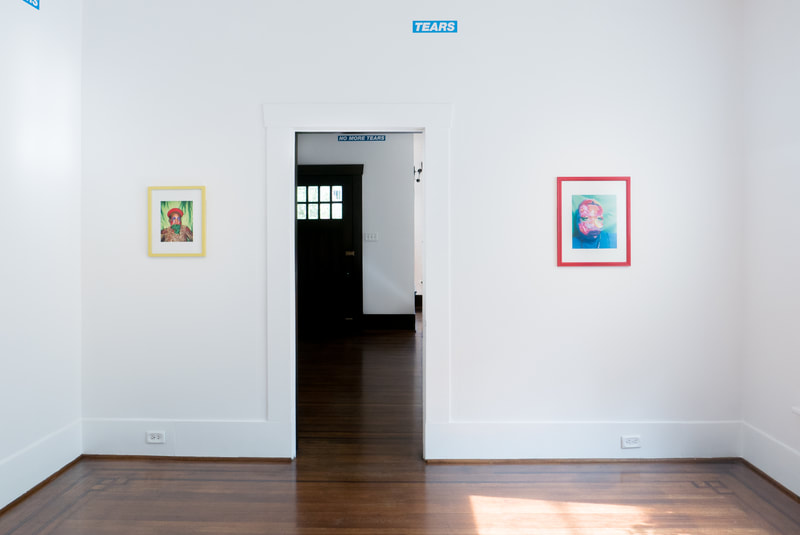